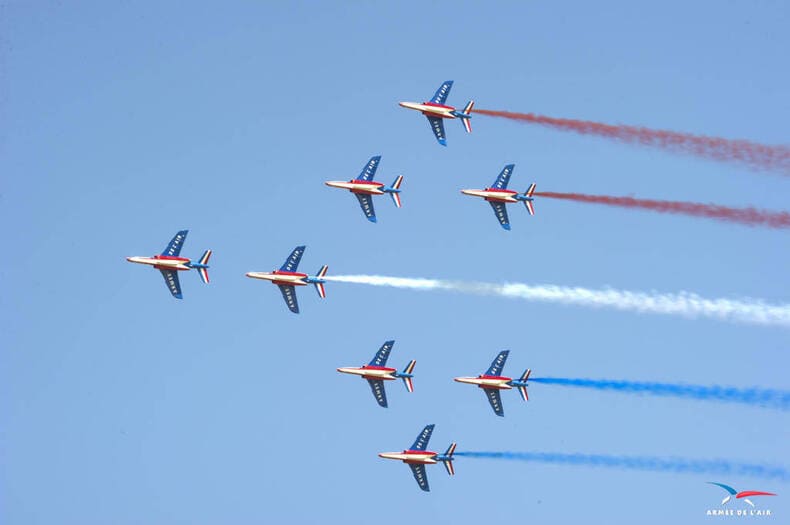 The U.S. Transportation Security Administration has set a new negative record for gun seizures in airliners in 2022. According to the authority, around 6,300 firearms were found in hand luggage at Orlando Airport alone.

In the United States of America, such behavior can have probable consequences, because in addition to a prison sentence, the exclusion from simplified security checks or even entry on the no-fly lists can flourish. The TSA recently announced that the fine that can be imposed for attempting to smuggle a weapon on board will be increased to up to $15,000.

Many states have very liberal gun laws, so that it is very easy to get hold of pistols and the like legally in a direct comparison with Europe – unless you have a related criminal record. However, this does not apply to air travel, because weapons of all kinds are simply not allowed to be taken in hand luggage. However, more and more passengers do not want to stick to this or claim that they have never heard that you are not allowed to fly with such objects.

The TSA regards the increasing number of arrests as a serious security risk, fearing that controls could escalate sooner or later. They are confident that they will be able to completely « sort out » the problem items, which include not only firearms but also dangerous knives, tasers, baseball bats, ice and field hockey sticks, and so on. Nevertheless: The aggressiveness and willingness to use violence on the part of travelers has increased massively in recent years and, theoretically, an « unruly pax » in a tantrum could even use a harmless umbrella to injure staff and/or other travelers.

Flight attendants and ground staff in Europe have also heard that the aggressiveness of passengers has increased dramatically « since Corona ». Unfortunately, it is not always just “bad words”, but it is not uncommon for employees to be physically harassed or threatened. Fortunately, « beating attacks » are still the absolute exception, but especially in the summer of 2022 there were one or two incidents where the security service and the police had to intervene.

The TSA deliberately “picked out” Orlando Airport for its report, because this airport had a particularly high number of guns in hand luggage being seized in 2022. There were at least 6,301 pieces. The state security agency has never seized so many pistols and the like in just one year. This may be a cause for concern, as guns are not necessarily always placed openly in carry-on luggage. Even « pickled » in peanut butter or otherwise camouflaged, the officials caught it. Why do you do something like this? This is a mystery to the authorities, because many US airlines actually allow you to take guns with you, but they are specially secured, mostly without ammunition and you have to hand them in at a check-in counter. Of course, everything is thoroughly checked by TSA officials.

According to a Fox report, there was also another negative record in Orlando: On an unspecified flight, a whopping 154 travelers with weapons and other dangerous objects such as a baseball bat are said to have been “sorted out” by the TSA in advance. Regarding this, head of the authorities Davod Pekoske:

Arrest may likely have consequences

According to a report by Fox 35 Orlando, 154 passengers at Orlando International Airport alone attempted to take a firearm on board their flight. Other passengers have attempted to take knives, tasers and other hand-held items such as baseball bats and hockey sticks as carry-on baggage. In the words of TSA Administrator David Pekoske: “Firearms are prohibited in carry-on baggage at the checkpoint and on board aircraft. When a passenger brings a firearm for screening, significant security resources are used and this poses a potential threat to transportation security and is also very costly to the passenger. »

Even for completely uninvolved travelers, the incidents can be annoying. It leads to delays in the security checks, because every find means that it has to be secured first and that the waiting times increase as a result. In addition, a TSA spokeswoman warns urgently that you also have to report an arrest ordered by the TSA during job interviews and that if you are asked whether you have been temporarily committed in life, you can obstruct your professional future. Giving false information to your employer that results in you getting a job you wouldn’t have gotten otherwise is a US criminal offense.

One can only hope that the inglorious « weapons trend » from the USA does not « spill over » to Europe and other regions of the world. Otherwise, whenever completely uninvolved passengers prepare themselves for the fact that very long waiting times at security checks and evacuations from terminals are the order of the day. So flying will finally become a kind of “lottery game” as to whether you can even make it to the departure gate in time.

aviation: Vienna: More hotel rooms and beds than in 2019