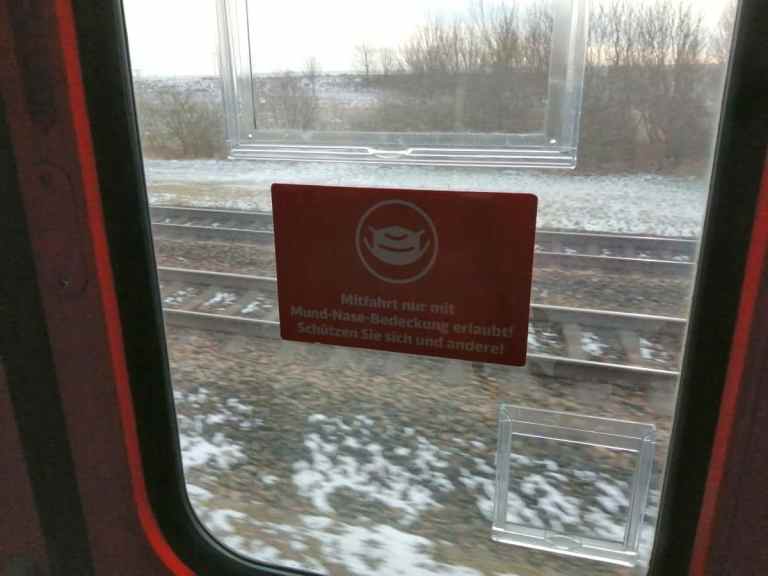 The Federal Republic of Germany is one of the last countries in Europe to still insist on wearing masks on public transport across the board. The different responsibilities between federal and state governments mean that what is likely to be a confusing situation arises.

Some federal states have already lifted the obligation to wear masks. However, this only applies to local and not long-distance traffic. Specifically, using the Munich-Salzburg route as an example, this means that you have to wear an FFP2 mask on trains that are assigned to long-distance rail transport (e.g. Railjet, Railjet Xpress, EuroCity, InterCity, InterCity Express). However, if you board regional transport (e.g. regional train, regional express, rapid transit, subway, tram, bus, etc.), you can legally drive without a mask. So: If you board the regional express of the Bavarian Oberlandbahn at Munich Central Station, you can legally travel to Salzburg without a mask. But if you take a Eurocity or a Railjet, you have to wear an FFP2 mask to the state border. In Austria you can then legally remove the mouth and nose cover.

It is obvious that such a regulation is not obviously based on scientific knowledge. Behind it is that Federal Health Minister Karl Lauterbach (SPD), who is considered a long-term advocate of the masks, is responsible for long-distance transport and the health ministers of the respective federal state are responsible for regional transport. There is massive agreement among the federal states on how to deal with the obligation to cover mouth and nose on public transport.

The consequence of this: Some federal states have already officially lifted the mask requirement, although long-distance transport is excluded for reasons of responsibility, others have announced specific dates for this step and others still want to continue to do so. In concrete terms, Berlin, Brandenburg, Thuringia, Mecklenburg-Western Pomerania and Saxony will soon lift the mask requirement in public transport. Bavaria, Saxony-Anhalt and Schleswig-Holstein have already taken this step before.

Similar to Austria, where only the federal state of Vienna insists on wearing FFP2 masks on public transport, the willingness to cover mouth and nose in public transport has decreased significantly in Germany. In Austria, people often gossip about the “Viennese special way”, which – contrary to the statements of Mayor Michael Ludwig (SPÖ) – is hardly noticed anymore in everyday life. Germany is by no means making it any easier for public transport users, because in future much of it will be official through which federal state you are currently driving or whether you are in a regional express or an ICE. Germany has long since lifted the mask requirement in air traffic. Since long-distance buses are also assigned to long-distance transport, the FFP2 mask requirement also applies – at least officially – to them.